Whether it’s coping with college or taming an addiction, mindfulness has real medical and practical benefits, and it’s something UW researchers have been exploring for decades. 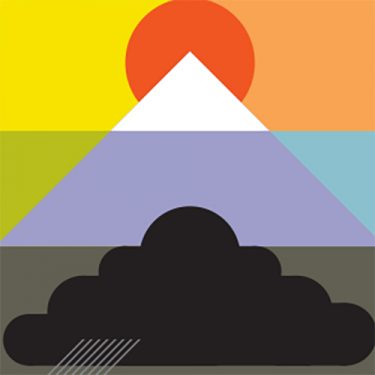 The Sylvan Theater lawn is a pocket of serenity on a busy campus. On a warm spring afternoon a crowd of nearly 40 gathers around senior Alysha Greig. With their yoga mats or grass beneath them, Greig has the group start on their backs so they can see the sky and tune into the world around them. Then she leads them in a breathing exercise before bringing them to their feet and commencing a series of poses called sun salutation.

“College students spend so much time studying so many different things, but they don’t study themselves,” says Greig, explaining why she started the UW Mindfulness Project, a student-driven and faculty-advised effort to help her classmates learn awareness techniques like yoga and meditation.

Greig had a difficult sophomore year. “I was living by myself. I was really alone,” says the 24-year-old from Sammamish. She was depressed and wondering if she fit in at the University. Her situation is common among college students. In some circles, it’s called the sophomore slump. In fact, depression is the leading reason students drop out.

Greig found her way through it with UW counselors and in yoga, exercise and meditation. Using mindfulness techniques, she became more attuned to how she was feeling and why. And things got better, she says. Willing to share her experience and support her classmates, Greig formed a “Yogis at UW” club in 2011. The club soared in popularity. At one point more than 300 students signed up. Wanting to make this a University-wide endeavor, last year Greig started the Mindfulness Project.

“Mindfulness is a lot more than yoga and meditation,” says Greig. “It’s a way of being present.” Often described as a way of training your mind to be in the moment, mindfulness is credited with deepening insight and understanding of yourself and the world around you.

The practice is central to the Seattle Seahawks’ mental health regime where, under the guidance of a performance psychologist, players meditate, do yoga and share meals. At Google, the mindfulness seminar is the most popular employee training program. And the medical community is finding the techniques can help with depression and mitigating pain.

It is a way of finding clarity in an increasingly complex world, says David Levy, a professor in the UW Information School, who is looking at how a mindful use of technology can help us live more healthy, reflective and productive lives. Most lessons stem from Buddhist practices, he explains. But more recently the notion has been scrubbed of its religious components and applied to business culture, job performance and even everyday tasks like eating and using the Internet.

Some of the earliest empirical work on mindfulness started right here at the University of Washington. In the 1970s, psychologist Alan Marlatt pioneered the use of techniques like meditation and self-evaluation to help drug and alcohol addicts be more aware of and regulate their addictive behavior. In the late 1980s, Marsha Linehan, a psychologist who now heads the UW Behavioral Research and Therapy Clinics, started using mindfulness techniques for patients with Borderline Personality Disorder. Her clients have problems regulating their emotions and controlling their behaviors, and may be prone to self-harm, suicide and substance abuse.

Both Linehan and Marlatt took professional risks, exploring territory that was generally seen as odd and non-scientific, but today is growing increasingly mainstream. “Alan forged ahead,” says Sarah Bowen, ’01, ’08, ’09, who participated in Marlatt’s clinical work as a graduate student. Some of his earliest efforts focused on high-risk college student drinkers. His work later branched out to intensive meditation courses for men and women prisoners in a Seattle treatment facility. In spite of promising results, Marlatt (who died in 2011) struggled to get funding. “When I started in 2002, we were definitely the weird ones,” says Bowen.

But those addicts who learned to meditate in jail “were using less overall,” says Bowen. “They also had less depression and anxiety.” Now mindfulness for addiction treatment is widespread, and Bowen travels the world, training therapists in mindfulness-based relapse prevention.

Linehan created a Dialectical Behavioral Training program to help her patients, who experience intense and quickly changing emotions. The program combines psychotherapy and telephone coaching with training in mindfulness and emotion-regulation techniques. She helps her patients get through crises by teaching them to observe themselves and the events around them without judgment and to be aware of their impulses. She provides them with tools to change their emotional responses. While mindfulness offers significant medical applications, it also provides tools everyone could use, says Levy, a computer scientist by training who discovered meditation decades ago. While immersed in the tech world at Xerox PARC, a research center in Palo Alto, “I kept wondering why our tools of connection might also be disconnecting us,” says Levy. The constant buzz of computers, cell phones, and other technologies can distract and overload users. “I think the root of our problem is our philosophy of life: more, faster, better,” says Levy. “But we never imagined we would be running the global economic machine at the speed that we are. But there are places in our lives where we can take control, live a more balanced life.”

In 2006, Levy created an elective class on “Information and Contemplation” in the Information School to explore using technology in healthier and more productive ways. “Sometimes when you think, I should check my email, it’s because you are feeling anxious or bored,” says Levy. In one exercise, students allot a specific time for email and while they’re doing it, tune in to their minds and bodies. If they notice anything that suggests their email behaviors are unhealthy or unproductive, they develop guidelines to improve their practices.

“If you set aside a specific time and do email and nothing but email, you’ll notice internal and external distractions that will take your mind away from the task at hand.” But come back to your breath, he tells his students. “The process of coming back again and again is a way to strengthen your attention muscle.” In 2012, Levy led a study that showed mindfulness improved workplace performance. Focusing on human resource managers who spent a great deal of time multi-tasking, the research showed that those who went through the mindfulness training stayed on task longer and demonstrated improved memory and efficiency.

Levy now serves on the advisory board of the UW Mindfulness Project, along with a psychologist from Hall Health, the dean of undergraduate academic affairs and a bioethics professor. Participants can learn yoga and meditation and attend lectures from faculty and health professionals on topics like leadership, mental health, creativity and sustainability.

“Picture in your mind the image of a mountain.” Six of us are perched on half-rolled yoga mats in a darkened classroom in Mary Gates Hall. A vine of muted party lights wraps around us. Sitting in the center in a practiced lotus position, graduate student Katerena Kuksenok leads the meditation. She asks us if we’ve meditated before (most say no), and she urges us to sit up straight with our legs crossed, if possible. Then she guides us to “breathe slowly,” first focusing on the inhale for a few minutes and then on the exhale. “Clear your minds,” she says. “When your mind begins to wander,” she reminds us, “return to the mountain.”

It is the week before exams, and Kuksenok chooses a mountain meditation because it fosters stillness and stability. She encourages us to imagine ourselves as the mountain and to watch the seasons change and the storms blow by.

After 20 minutes, she concludes the meditation. The lights come on and we talk briefly about how our bodies felt being so still for so long, what our mountains looked like, and whether we were able to keep our minds clear and focused. Most of us were not. Kuksenok smiles: “That’s why we practice.”