In today’s smartphone, technologies can track how much energy a particular appliance like a refrigerator or television or hair dryer gobbles up. They don’t typically show which person in the house actually flicked the switch. 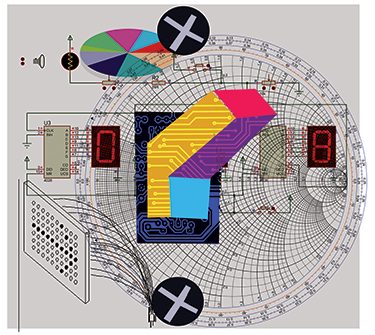 A new wearable technology developed at the UW called MagnifiSense can detect what devices and vehicles the user interacts with. It also can help track that individual’s carbon footprint, enable smart-home applications or even assist with elder care.

In a study presented at the 2015 Association for Computing Machinery International Joint Conference on Pervasive and Ubiquitous Computing, MagnifiSense correctly classified 94 percent of users’ interactions with 12 common devices including microwaves, blenders, remote controls, electric toothbrushes, laptops, light dimmers, and even cars and buses.

Worn on the wrist, the sensor uses unique electromagnetic radiation signatures to pinpoint when its wearer flicks a light switch, turns on a stove or boards a train. “It’s another way to track how much energy you use,” says Shwetak Patel, WRF Entrepreneurship Endowed Professor of Computer Science and Engineering, who directs the UW UbiComp Lab.

One advantage to a wearable option is that users concerned about privacy can take it off. Next steps include testing MagnifiSense on a wider variety of devices and distinguishing between multiple devices operating in close proximity.