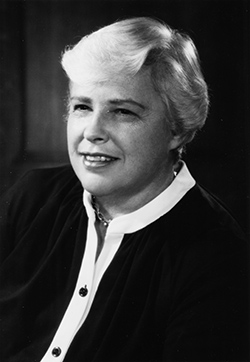 President of Vassar College from 1977 to 1986, and the first female assistant vice president for the University of California system in the ’60s, Smith pushed to increase public support for higher education.

She was born June 24, 1923, in Seattle. One of six children of a tool-and-die operator, she earned bachelor’s, master’s and law degrees from the UW.