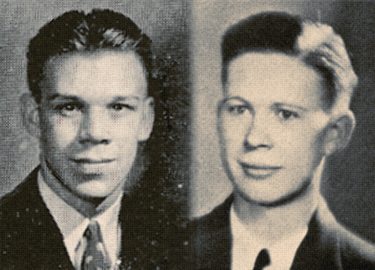 A new World War II Memorial that opened on the grounds of Fort Walla Walla honors approximately 3,800 men and women who answered the call of duty during the last world war.

Cosper, 32, who earned a degree in geology from the UW, worked as a geologist in Montana and Arizona before joining the military in June 1941. He was in the Philippines as part of an artillery corps in 1941 when he was captured by the Japanese. Three years later, he was killed when the Japanese transport ship taking him and 1,618 other prisoners of war was bombed on Dec. 15, 1944.

By tragic coincidence, Longshore also was killed that same year. The 22-year-old was assigned to Marine Fighting Squadron 212, known as the “Hell Hounds / The Musketeers,” in the South Pacific. During a routine training flight, Longshore’s Vought F4U-1 Corsair collided with another aircraft and crashed on tiny Moso Island off the coast of Efate, 1,191 miles east of Australia.