Washington will feel the heat from climate change, study shows 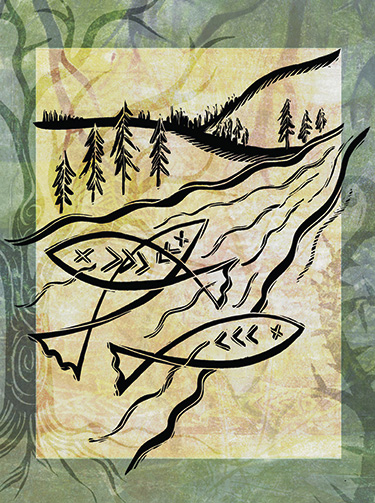 Winter floods, and summer water shortages. Bigger wildfires, and fatal heat waves. More trouble for fragile salmon runs. Those are some of the challenges that Washington could face as the planet heats up, according to a recent study led by the UW Climate Impacts Group. The study, commissioned by the state Legislature, is the most comprehensive look yet at how climate change is likely to affect the state.

Researchers from the UW, Washington State University and the Pacific Northwest National Laboratory applied global climate models and carbon emissions scenarios to predict the effects of climate change on Washington over the next 50 years. The group found a few potential positive effects, like higher yields of winter wheat and lower demand for heating energy. But for the most part, climate change is likely to be a significant blow to the economy, human health and natural ecosystems in the state.

In fact, Northwest forests may already be feeling the effects of climate change, according to another study to which UW scientists contributed. That study, published in Science in January, found that trees on the slopes of Mount Rainier, in the Olympics and elsewhere in the West are dying at twice the rate they were a few decades ago. Over time, this trend could radically alter the structure of forests, producing stands of smaller, younger trees that would be more vulnerable to die-offs and catastrophic blazes.

The work comes out of long-term forest census studies of 75 plots in the western United States and Canada. Researchers found increased mortality rates in many different types of forests, and across all age classes of trees. Because the data came from healthy, undisturbed forests, the researchers were able to rule out other potential causes of the tree deaths, and concluded that higher temperatures—which result in drought stress, increased disease and insect outbreaks that can kill trees—are probably to blame.

In recent years, global climate change has emerged as one of the most important scientific issues of our time, a threat to the well-being of humans as well as other species with whom we share the planet. All around the UW, researchers are playing key roles in improving our understanding of climate change, its effects, and its solutions. UW Professor of Atmospheric Sciences David Battisti, for example, is taking a big-picture approach. He co-authored a study, also appearing in Science in January, that concluded that half of the world’s population could face climate-induced food shortages by the year 2100.

The study combined climate models with data on the effects of major heat waves on agricultural production in the past. As warming continues, this analysis revealed, crop yields are likely to decline markedly. The problem could be particularly acute at tropical and sub-tropical latitudes—making already food-insecure areas of the world yet more vulnerable.

Meanwhile, Stuart Strand of the UW College of Forest Resources may have hit upon a partial solution. He recently calculated that dumping 30 percent of global crop residues into the deep ocean could cut the buildup of carbon dioxide in the atmosphere by 15 percent per year. For more than a decade, Strand has been investigating potential methods of sequestering excess carbon, and has concluded that this is among the best approaches—economical, possible with current technology, and repeatable year after year. Moreover, deep water and the accumulation of ocean sediments would prevent the material from decomposing, thus keeping carbon out of the atmosphere for centuries.