What are you thinking? It might not be what you think 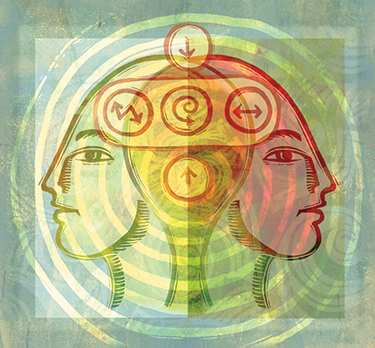 You might not think what you think you think. That’s the conclusion arising from the Implicit Association Test (IAT), a tool developed by UW Psychology Professor Anthony Greenwald to measure people’s unconscious attitudes—from consumer preferences and political beliefs to biases on topics such as race, gender and sexual orientation.

Greenwald originally published the IAT back in 1998, then developed the tool further in collaboration with Mahzarin Baraji of Harvard University and Brian Nosek of the University of Virginia.

It’s now been used in more than 1,000 research studies worldwide. Greenwald conducted a meta-analysis of 184 of these studies, and found that not only do a vast number of us hold implicit attitudes that are different form our explicit beliefs, but in many cases we’re not even aware of these biases—and even so, they shape our behavior.

Greenwald and his collaborators also created a website, Project Implicit, where visitors can learn about the IAT and even become research subjects themselves. In the first 10 years, about 7 million people completed various versions of the IAT on the site. For example, before the U.S. elections in 2008, there was an Obama-versus-McCain study; right now, people can visit the site to participate in a study of attitudes toward fat and thin bodies.

Confronting one’s implicit attitudes can be uncomfortable, but it’s important, Greenwald says: “When you are unaware of attitudes or stereotypes, they can unintentionally affect your behavior. Awareness can help to overcome this unwanted influence.” So go ahead. Find out what you really think.