When a minor system upgrade led to a major computer failure 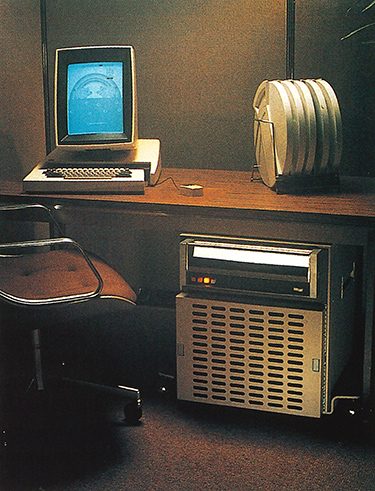 The 1987 collapse of the newly built addition to Husky Stadium may have drawn more attention, but one of the most painful crashes at the UW that year happened in Loew Hall.

That’s where the UW Department of Technical Communication suffered one of the worst departmental computer crashes in campus history. It left such an indelible mark on those who went through it that it is listed on the department’s history timeline.

Before the disaster, things were humming. The department—a unit of the College of Engineering that specializes in, among other things, “human-computer interface” —had a top-of-the-line Xerox 8010 Star Information computer system. It featured eight workstations with about 1.5 MB of memory and 40 MB local hard drives. Everything was networked. The server contained a 600 MB hard drive—a very impressive amount of storage back then. The hard drive looked like a clothes dryer and vibrated like one. Data was stored on a heavy metal platter that you could remove.

The technical communicators were proud; after all, “these were much more powerful machines than Macs or IBM PCs of the same era,” says David Farkas, a professor of technical communication since 1983. Students and faculty in the department used the Xerox computers for most of their work.

Then one day, Xerox sent a system upgrade diskette. If the instructions were followed exactly, everything went fine. But the system administrator, a computer science graduate student, attempted a `minor’ shortcut. You’ll never guess what happened.

“We were all in the lab furiously trying to make headway on our term project when the whole LAN froze,” recalls Tony Pious, ’87, an undergraduate back then. “We thought it was just a garden-variety system crash and that things would be back up in short order. Several days later when the system still hadn’t come back, we started getting nervous.” When, Pious saw the system administrator coming out of the server room with tears in her eyes, he gulped and immediately learned why “save early and often” was good advice.

Everything—about 200 MB of data—was lost. Student papers and projects, faculty research, even handsome graphics created for departmental brochures all vanished. The people most affected were students of Farkas’ software documentation class. A term project that the entire class worked was a casualty, too.

Xerox sent its experts to see if anything could be saved but it was too late. Nothing could be retrieved. Though the system was restarted a short time later, “Nobody ever trusted it after that,” recalls Farkas. Some people—including Pious—used the Xerox system but most used other machines.

The students, who coped with the disaster with a good dose of gallows humor, marked the occasion by holding a wake. While people who participated in the wake recall it with a smile, not many details are forthcoming. “It involved the consumption of a variety of substances,” one student said.

The Xerox computer was removed long ago, replaced by Macs and PCs. Today, it “probably is used as an anchor for some large boat,” says Mark Haselkorn, professor and former chair of technical communication.