Wi-Fi can be used to detect gestures, researchers say 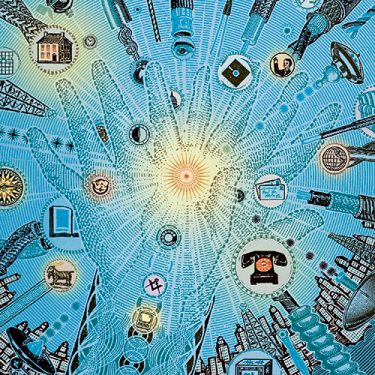 Thanks to gesture-recognition technology developed by University of Washington computer scientists, you may soon be able to brew a pot of coffee, shut off your computer, and turn up the stereo with just a few waves of your hands.

The UW researchers have shown that it is possible to leverage Wi-Fi signals around us to detect specific movements without needing sensors on the body or cameras. The concept is similar to Xbox Kinect—a video game console that uses cameras to recognize gestures—but the UW technology—dubbed WiSee—is simpler, cheaper and doesn’t require users to be in the same room as the device they want to control. That’s because Wi-Fi signals can travel through walls and aren’t bound by line-of-sight or sound restrictions.

“This is repurposing wireless signals that already exist in new ways,” said lead researcher Shyam Gollakota, UW assistant professor of computer science and engineering. The UW researchers built a “smart” receiver device that essentially listens to all of the wireless transmissions coming from devices throughout a home, including smartphones, laptops and tablets. Once the wireless receiver locks on to the user, he or she can perform normal gestures to interact with the devices and appliances.