Omari Amili spent time in prison before earning three degrees from the University of Washington. For our December 2020 cover story, he interviewed 10 other people who graduated after they got out. 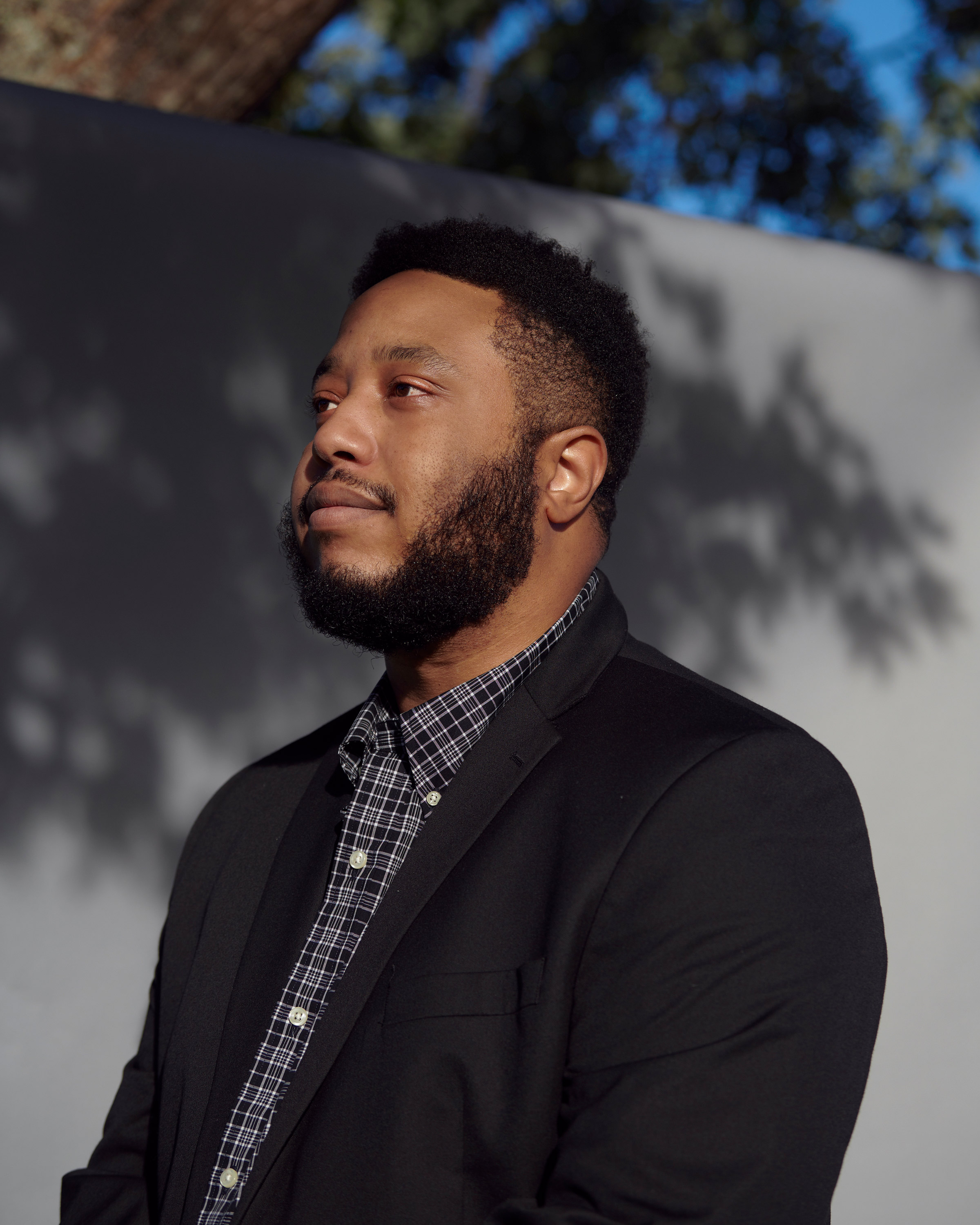 Before I became a student at the University of Washington, I went to prison.

At the age of 16, I was enticed by the idea of a life of luxury and began my involvement in bank fraud. I got money, fancy cars, and up until the age of 21, a taste of a life I never thought was possible while growing up in crack houses, foster homes and homeless shelters throughout the Pacific Northwest.

It was my first offense, but the prosecutor wanted to give me decades in prison, charging me with 30 felonies with no plea agreements. I ended up being incarcerated for nearly two years, but the collateral consequences of my felony convictions would stick with me a lot longer. People warned me there would be no opportunities waiting for me on the other side, that a criminal record is something you can’t come back from. But when I got out of prison, I flipped my GED into a master’s degree, earning four degrees in all, including three from UW Tacoma. I have since become an educator, a public speaker and an author with a passion for working with youth affected by the criminal justice system. To set an example for my six kids, I have become a role model and a productive citizen.

Despite the barriers that society has in place, and continues to reinforce, many of my friends and I are proof that there can be a positive life after prison. My graduate research and life experiences have led me to believe that education can be a powerful path to it. I’ve shared my personal story at prisons, colleges, elementary schools, high schools, middle schools and other outlets. In this series of intimate interviews, I am sharing the stories of others like me who have survived the legal system in Washington state, and became Huskies on the other side.

You’re going to meet a professor, a social worker and a painter. You’ll meet mothers and fathers, sons and daughters. This is not a story about any one exception; this is a collection of stories that prove that everyone in prison deserves a second chance, and when they come back to society, they need to come back to a welcoming society. As these conversations show, the University of Washington has played—and will continue to play—a major role in constructing a prison-to-college pipeline.

Ginny Burton: A future in the law 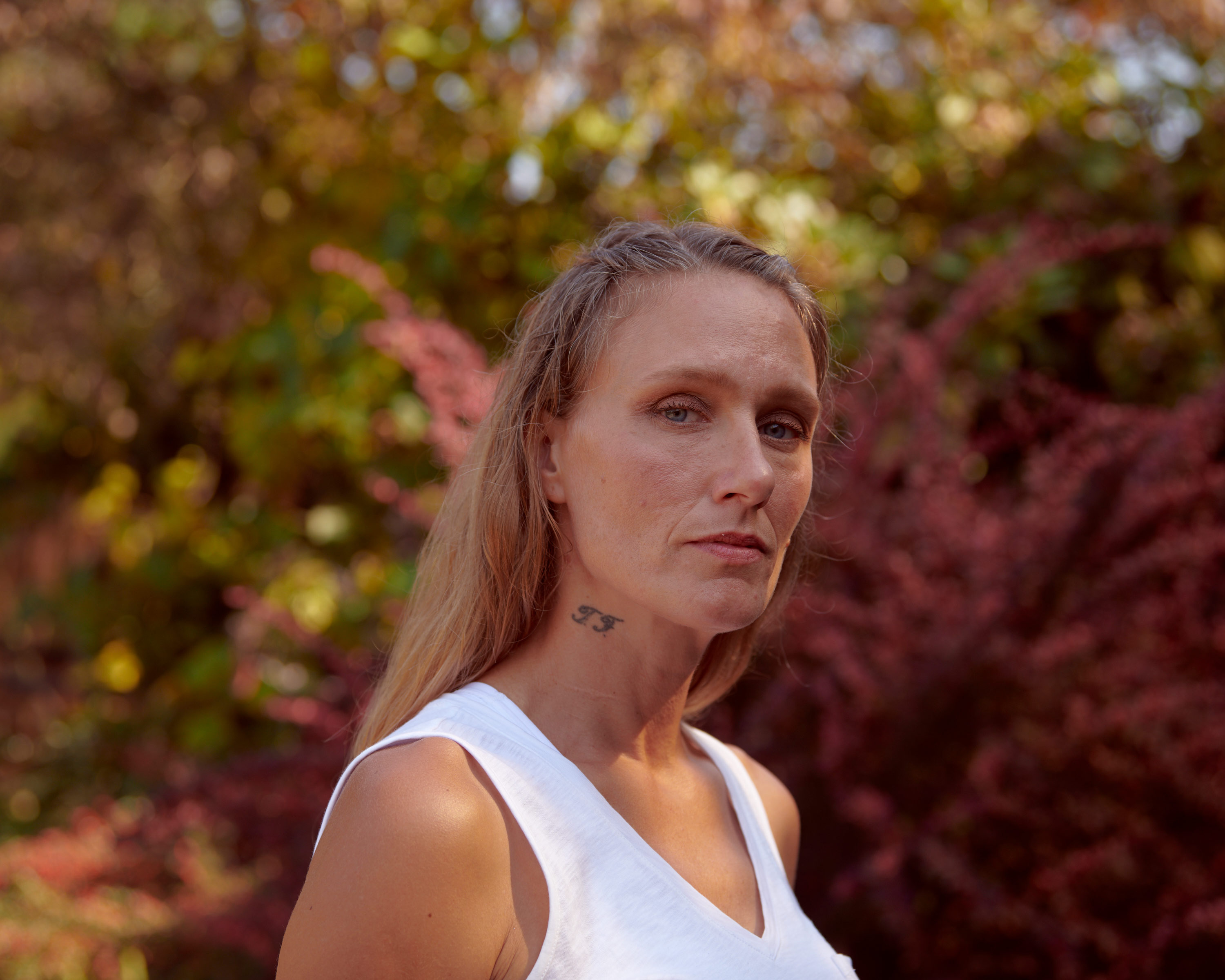 Ginny Burton, a mother of three and a first-generation college student, has her sights set on becoming an attorney. Despite a trauma-filled upbringing that led to her being incarcerated multiple times, she has become a 2020 Truman Scholar, a highly competitive $30,000 graduate school scholarship. 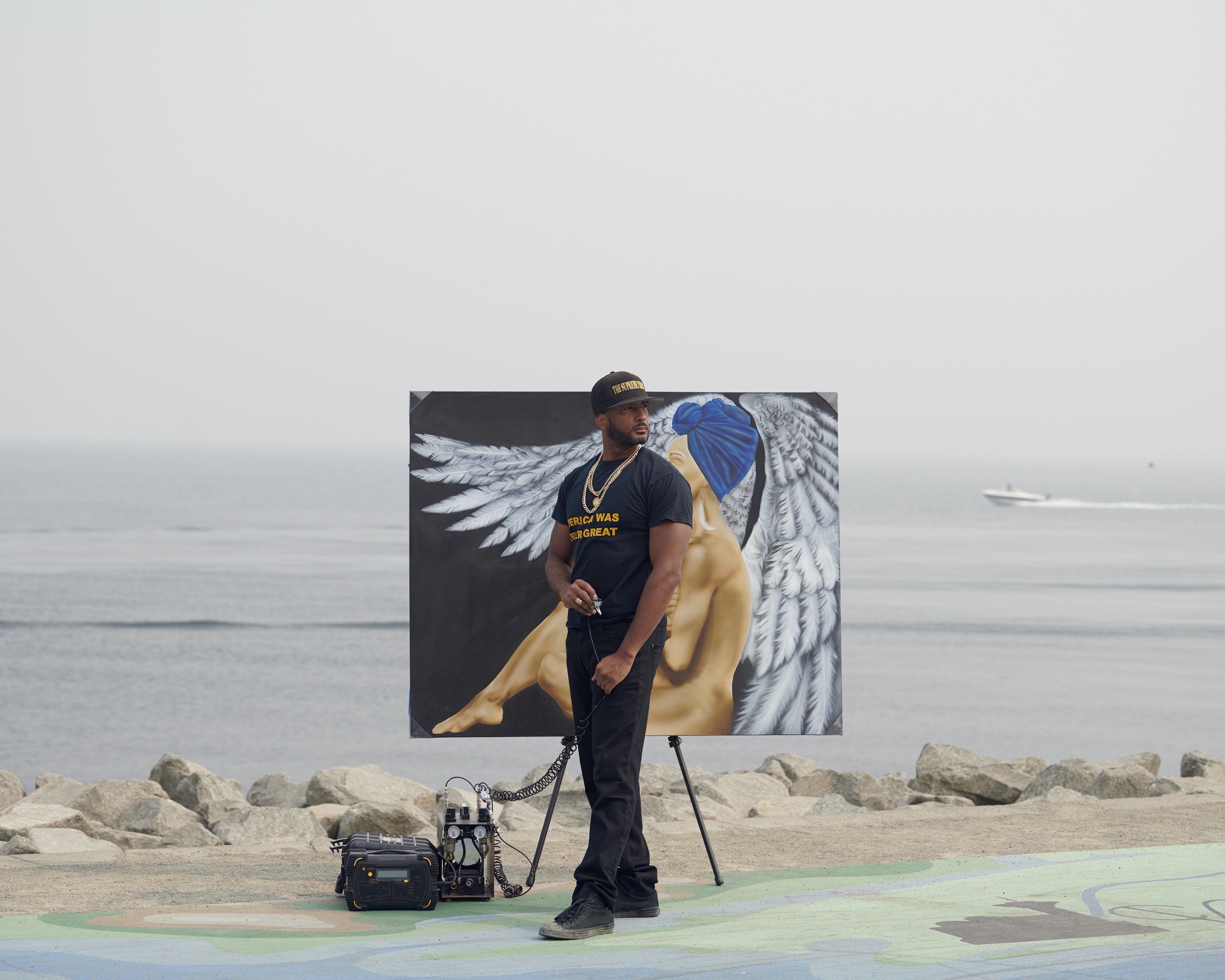 As a deployed soldier in the U.S. military, LeShawn Gamble was viciously attacked by a group of fellow soldiers. After a drawn-out tribunal process, he returned home—only to be arrested and convicted on marijuana-related charges. Now a UW Tacoma student and a painter, he finds meaning by working with youth and his community. 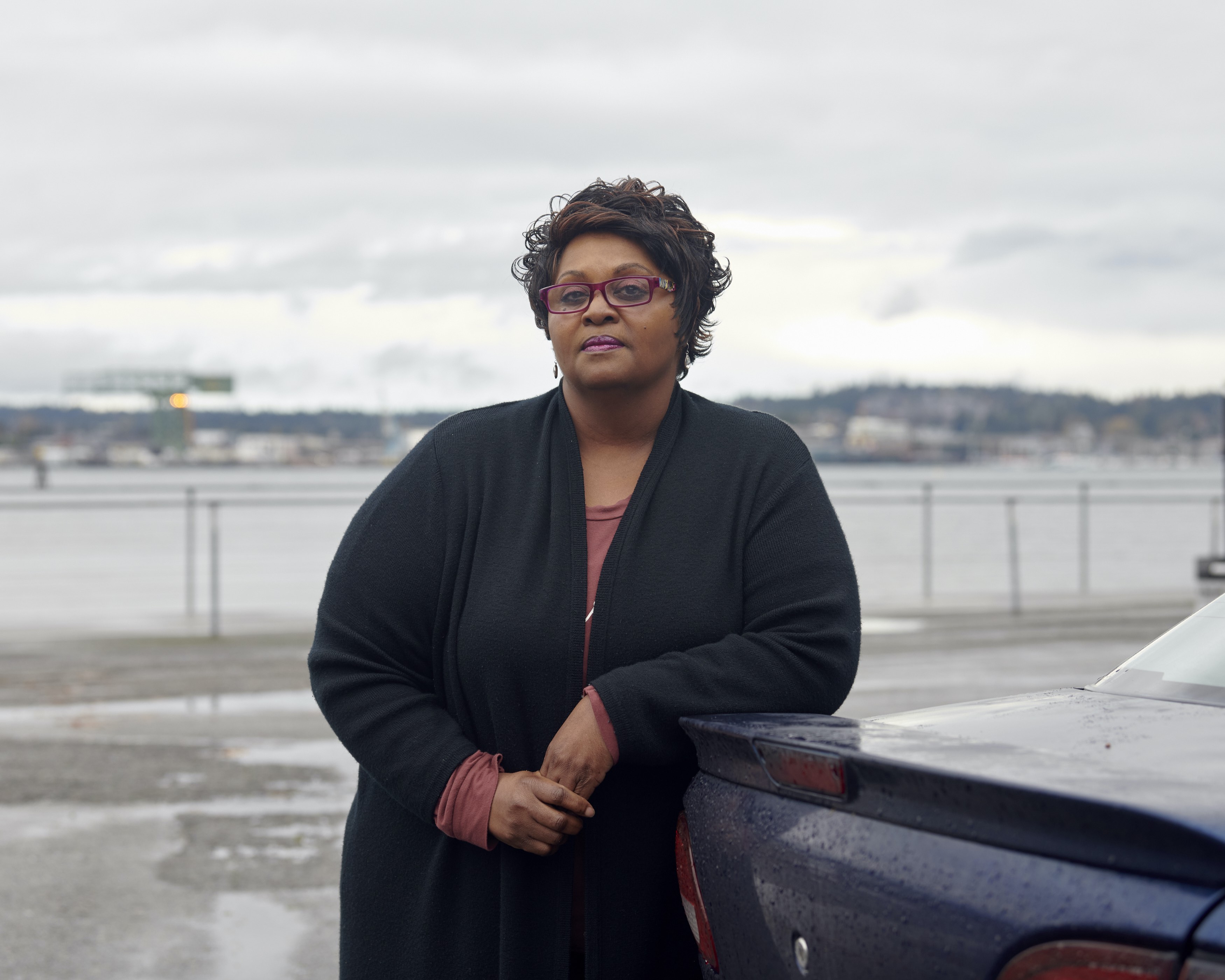 Growing up in Pasco in the Tri-Cities region exposed Cynthia Brady to forms of racism that many on the west side of the mountains couldn’t imagine. However, if not for her upbringing, she would not have as much to offer her clients in her work as a chemical dependency professional. Before earning a degree from the UW in Ethnic, Gender & Labor Studies, Brady lived a life full of hardship that prepared her for a greater purpose. 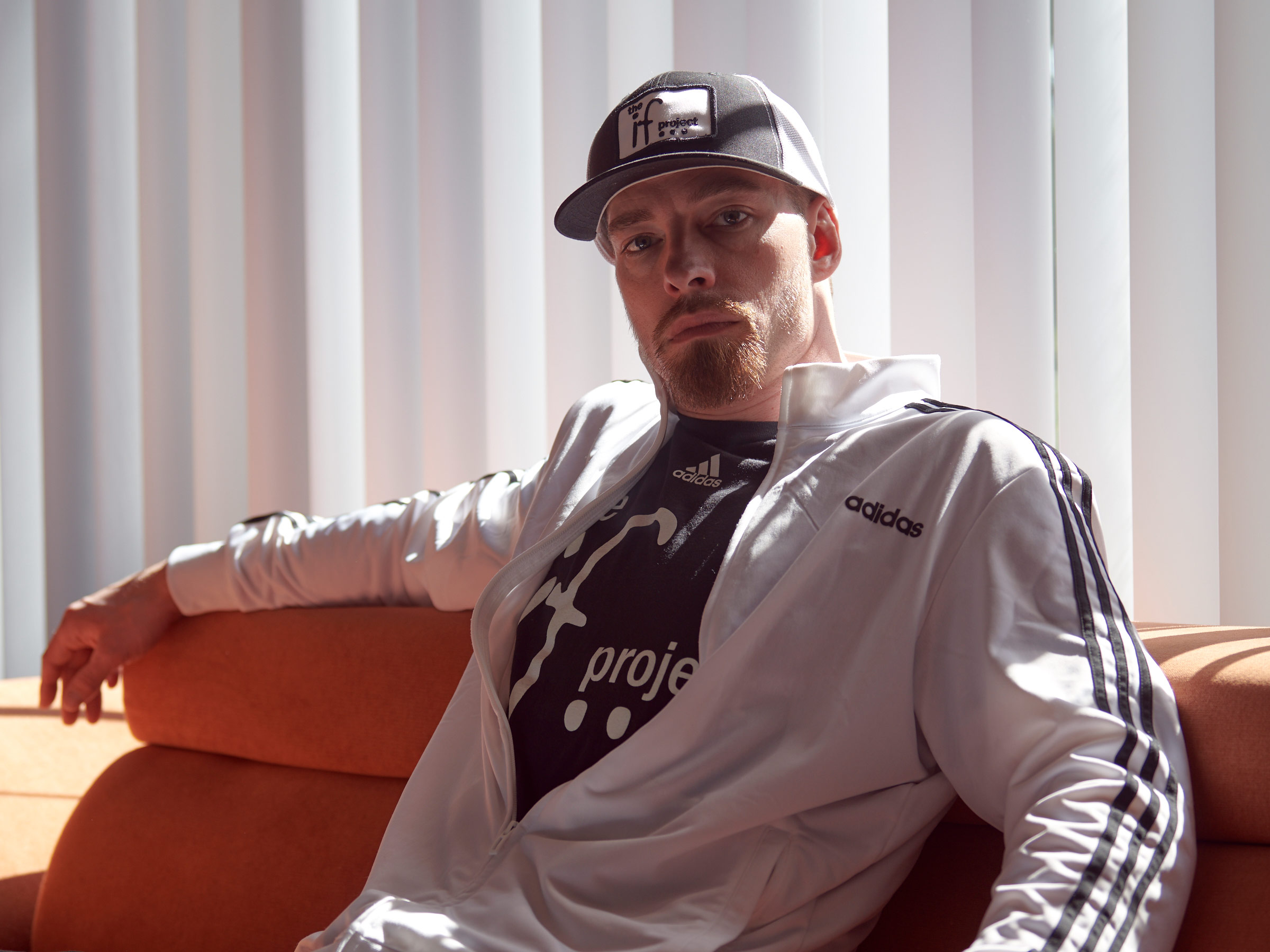 An accidental shooting cost his friend his life and Kurt Myers his youth. Despite the tragic incident and the lengthy incarceration that followed, an educational journey that began inside of prison ultimately led him to the University of Washington Tacoma’s Milgard School of Business. 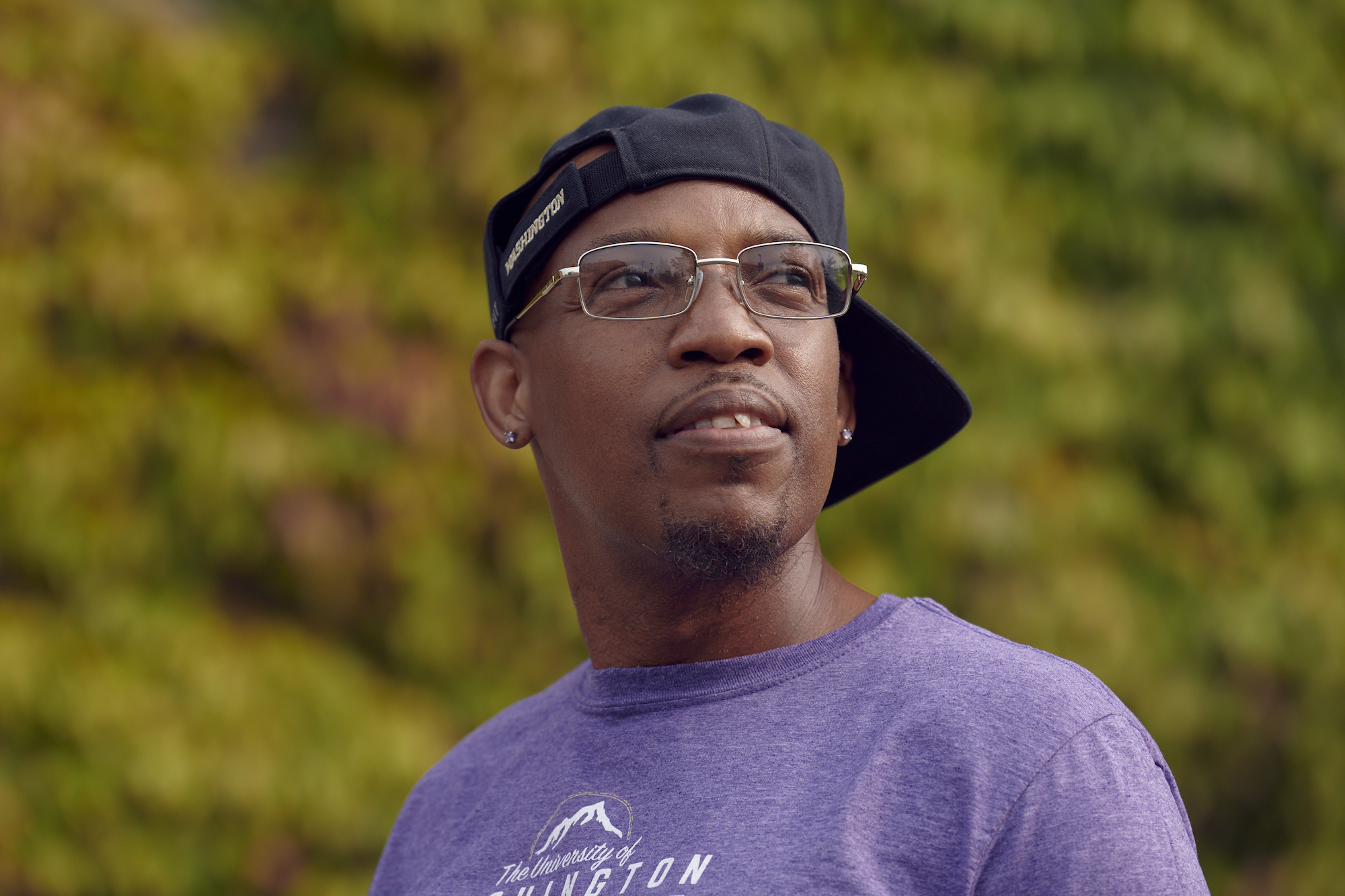 Theron Taylor is a Tacoma native, but he never imagined attending a UW campus so close to home. He began his journey in education while serving a 20-year sentence. Upon his release, he started his bachelor’s in psychology as a first-generation college student in his 50s. 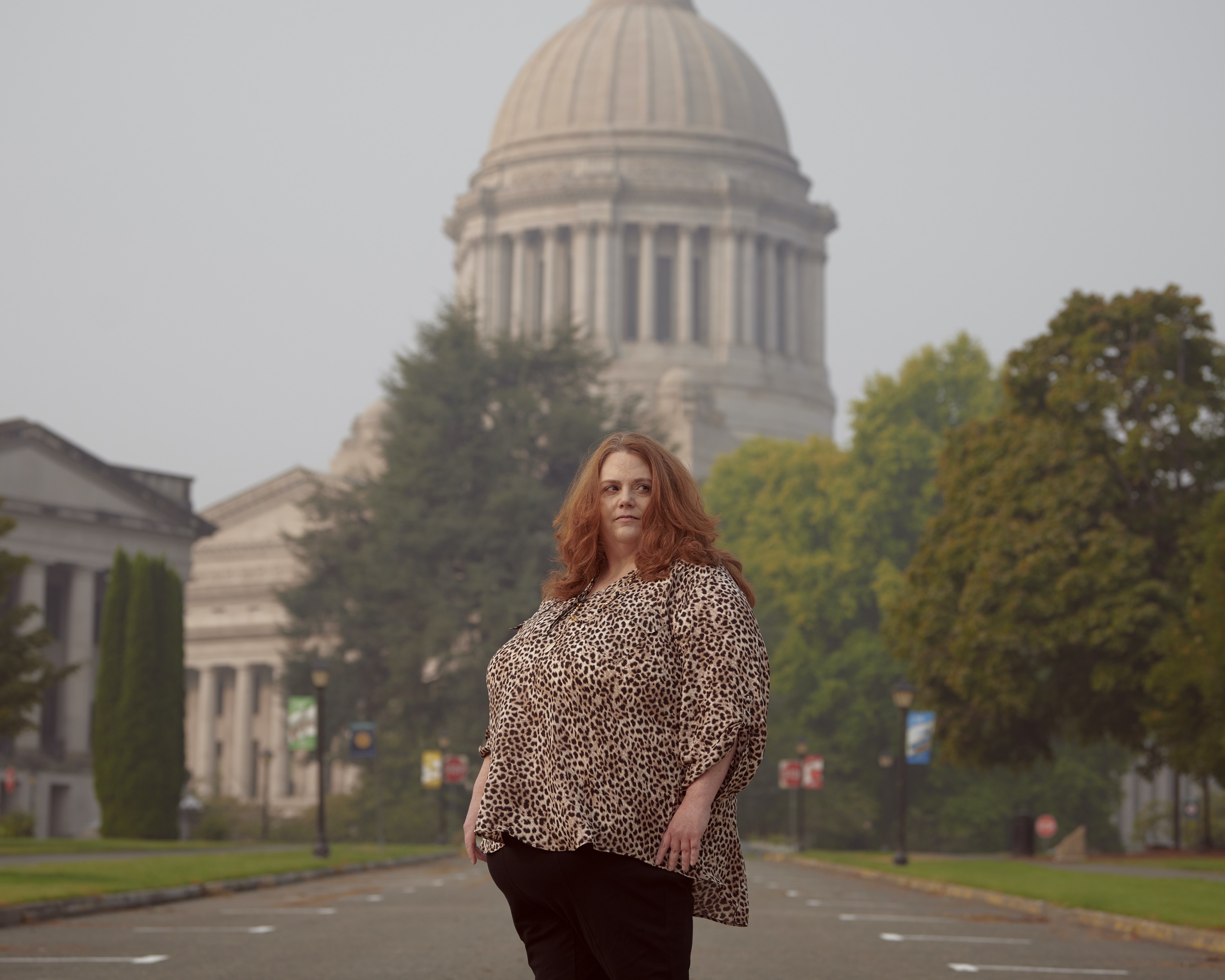 Kelly Olson made a career for herself despite not having completed high school. Unfortunately, things took a turn for the worse and she ended up in prison. Despite facing many barriers, Olson ultimately earned a Master’s in Public Administration and found power in using her voice and taking ownership of her story.

Christopher Beasley: A scholar and a mentor 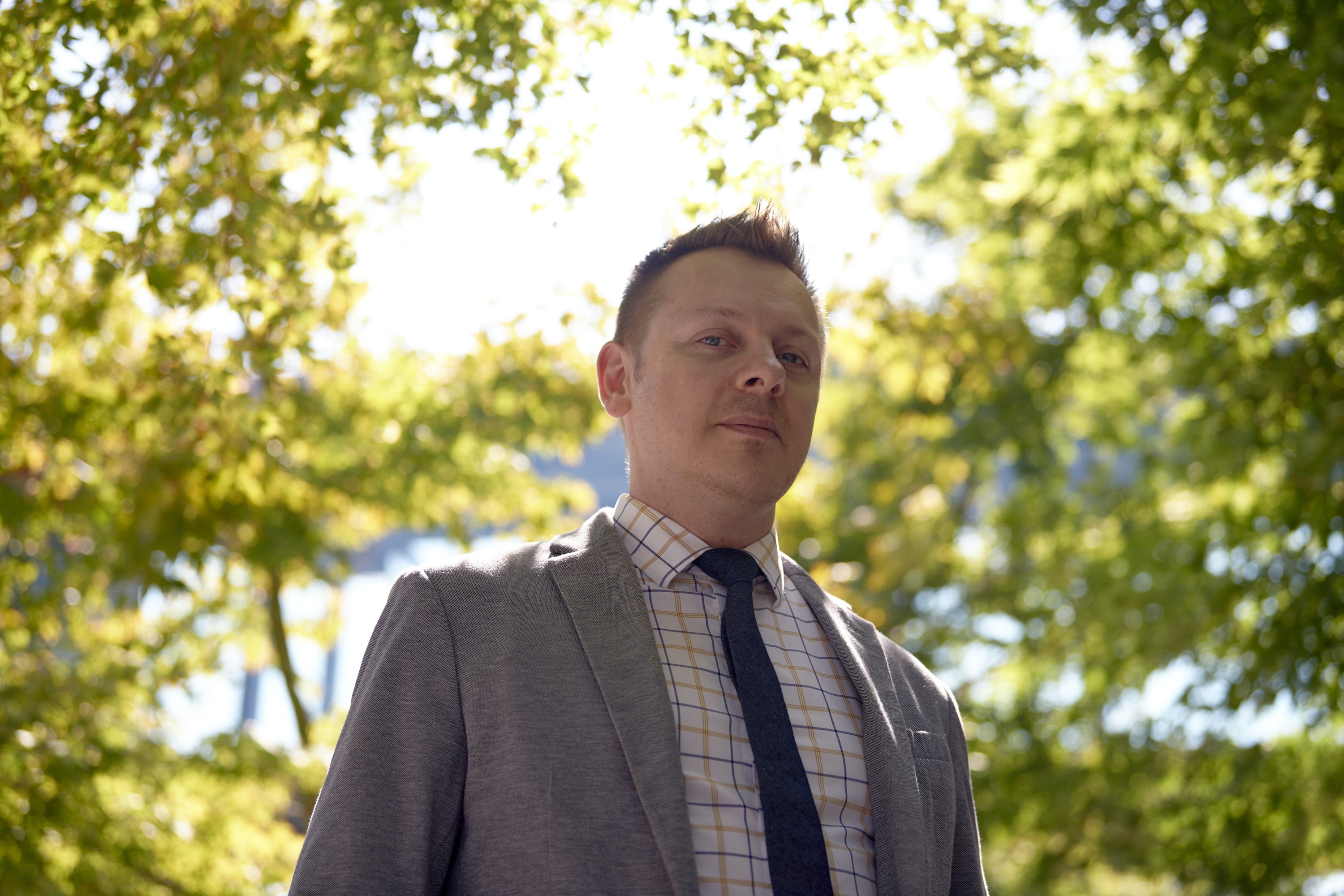 Dr. Christopher Beasley, a UW Tacoma professor who grew up in rural Illinois, served time in prison for multiple drug possession charges. After prison he earned multiple college degrees including a Ph.D. in Community Psychology from DePaul University. He is highly involved in community organizing for incarcerated and formerly incarcerated people, in addition to the LGBTQ community, which he is a part of. 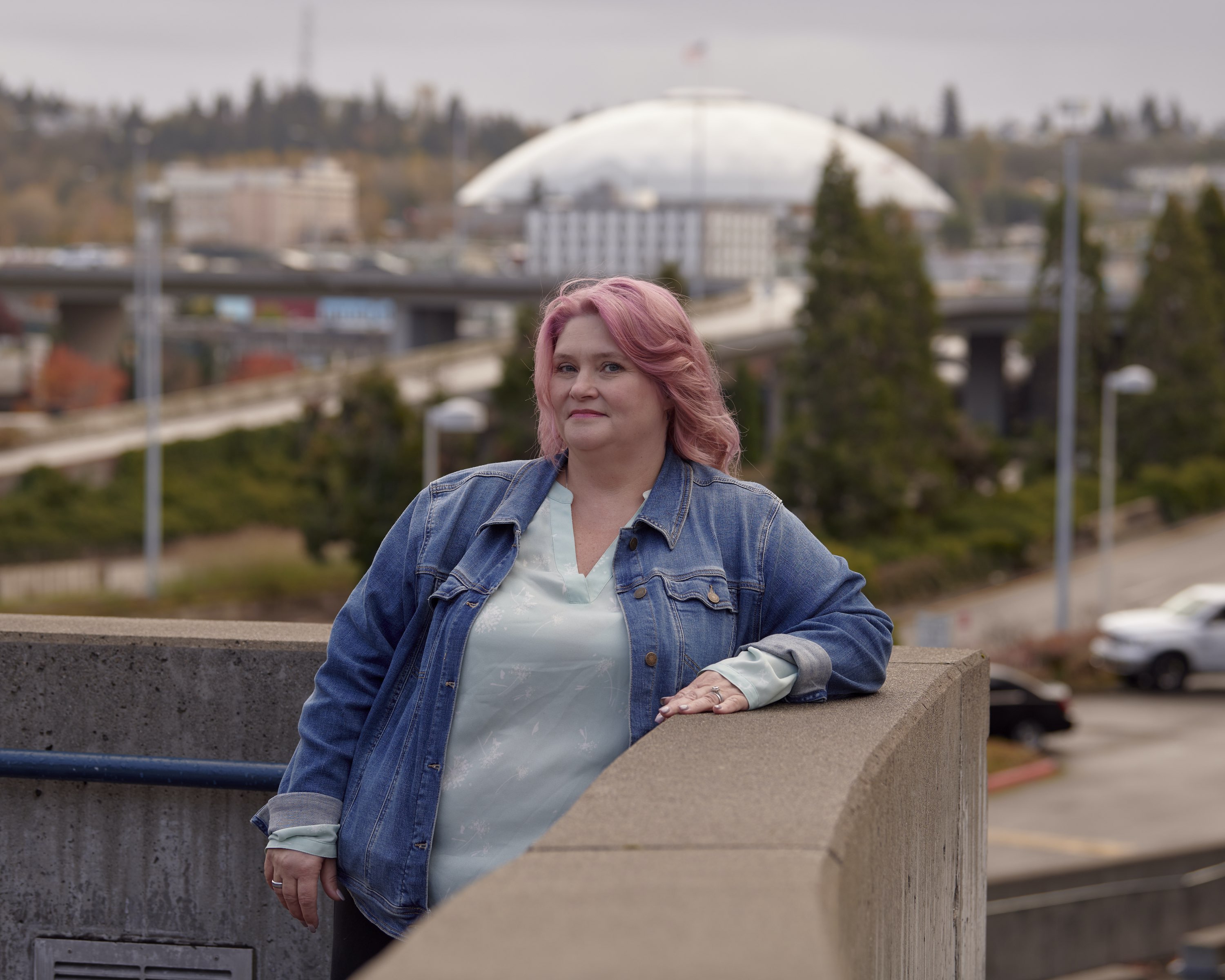 Based on her background and upbringing, no one would have expected Michelle Brownlee to succeed at Tacoma Community College; however, she thrived. From there, she went to The Evergreen State College to complete her undergraduate education, then to the University of Washington for grad school. The future looks bright for the current Master of Social Work student, an award-winning honors scholar. She is getting close to her dream of working in government and doing her part to create systemic change. 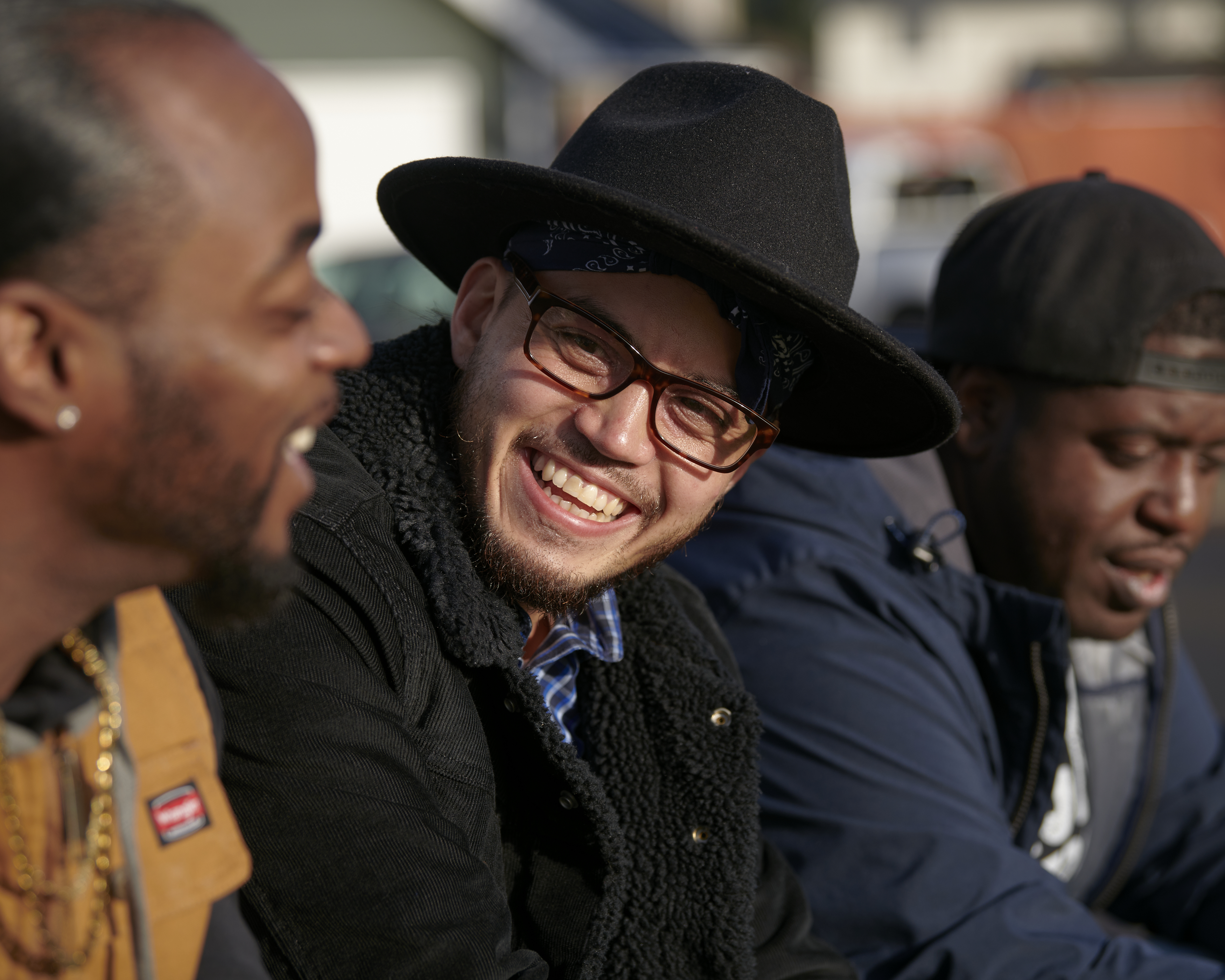 We’ve all been in the wrong place at the wrong time, but for Christopher Johnston, it led to serious felony convictions and incarceration for crimes he didn’t personally commit. Despite having years of his life taken away and facing lingering collateral consequences, he lives his life with no regrets—and with the awareness that his incarceration was a catalyst for a life he only began to imagine in solitary confinement. 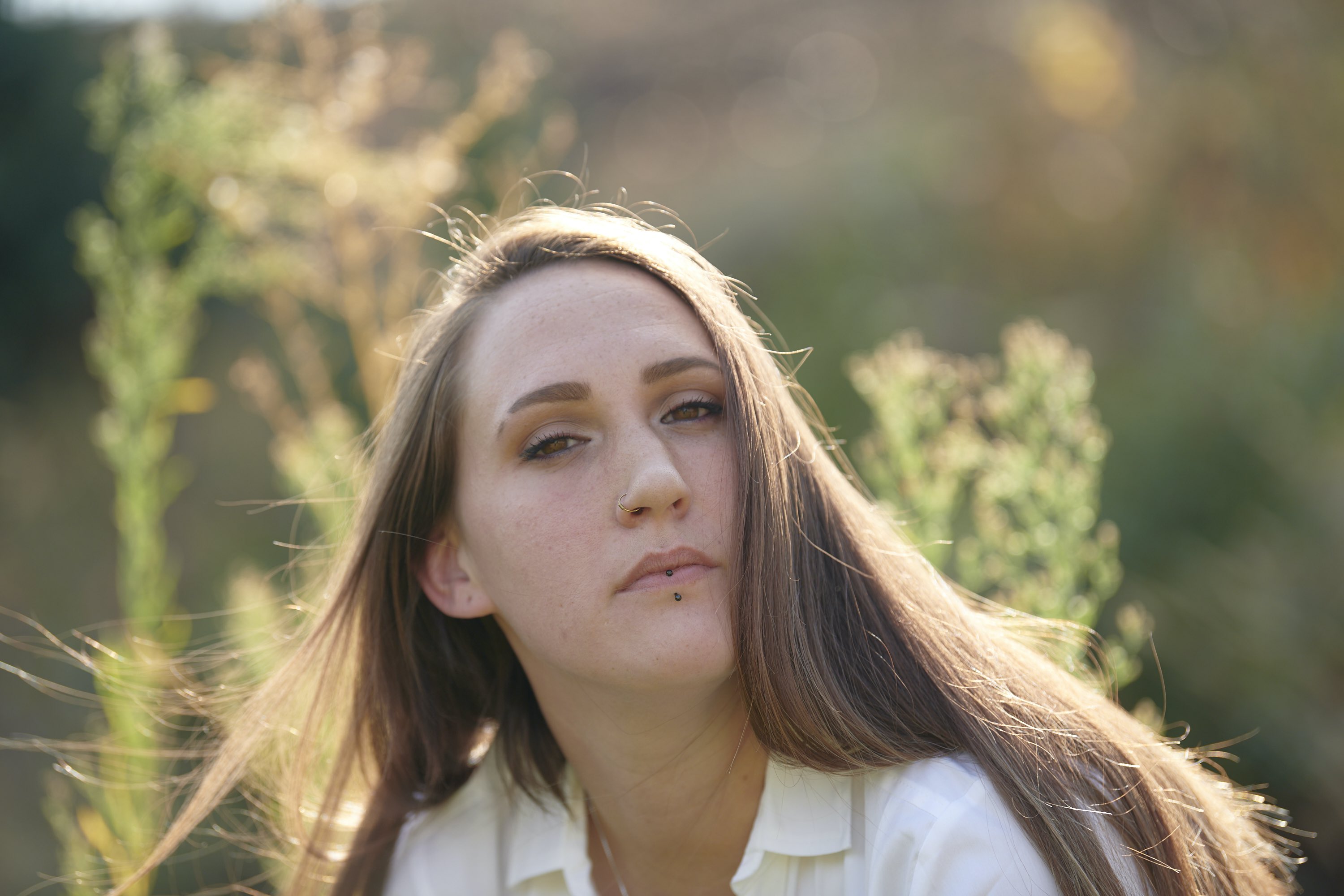 After her release from prison, Amanda Henritze began working for Mod Pizza, an employer that is known for giving people second chances. Despite doing well and being in position to climb the ladder within the company, Henritze knew that education could be the key to opening up other options. She is studying Urban Design with the intention of making an impact on local communities.

Omari Amili is an author and speaker who lives in Spanaway, Washington. Meron Menghistab is a freelance photographer based in Seattle's South End.