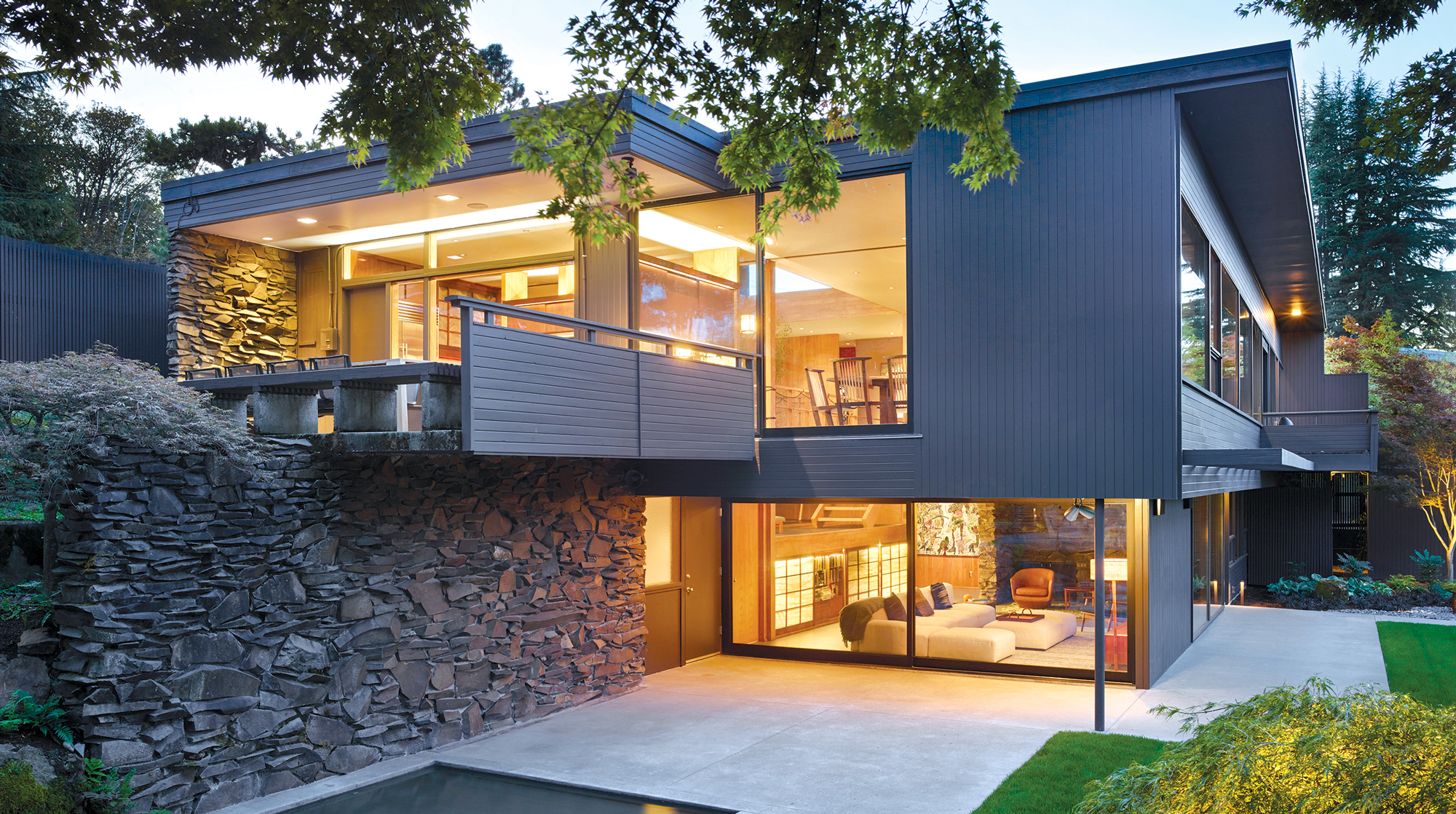 ‘Star’ of Northwest architecture finally gets a chance to shine

Few Northwest architects have been as popular and prolific as Paul Hayden Kirk, ’37. His midcentury homes are hallmarked by natural wood and stone, sky-catching windows, a touch of Japanese influence and simple design—all components of the great works of dozens of midcentury architects to follow. According to modernist Gene Zema, ’55, Kirk was “the star that shines above us.”

Kirk set the standard for Northwest modernist style, says Professor Emeritus Grant Hildebrand, whose book, “Paul Hayden Kirk and the Puget Sound School,” was distributed through UW Press in October. As a young architect and architectural historian, Hildebrand first saw images of Kirk’s office—a rectangular Eastlake business building that cantilevered and floated above its surrounding sidewalk—in a national publication. He was “swept away.” Coming to Seattle in 1964 to start his 40-year career at the UW, Hildebrand was afforded a closer view of Kirk’s works as well as the designs of the UW alumni who developed their approaches under his influence.

“I had felt for a very long time that this was a story that needed telling,” Hildebrand says. “I waited for someone to do it.” But no one took on the story from an analytical and historical point of view, and Hildebrand finally gave in and wrote the book himself. “This group is really remarkable in the quality of their work,” he says. While they have many large projects in their portfolios, where they really shined was in their smaller buildings, offices and houses, he says. They relied on wood as beams, finishes and surfaces. They built with the landscape and the environment.

“I had felt for a very long time that this was a story that needed telling. I waited for someone to do it.”

Kirk was born to parents who were interior decorators. When he was 8, in 1922, his father took a job at Greenbaum Home Furnishings and the family moved to Seattle where Kirk attended Roosevelt High School and enrolled in the University of Washington and studied architecture under California-trained luminaries Lancelot Gowen and Lionel Pries.

Mostly working from his own firm, Kirk’s more public projects include the Magnolia Library (1964) which Hildebrand notes has been called the “quintessential Kirk building.” It is a simple, elegant space with an abundance of wood beams natural light. He also designed the UW’s Faculty Club with Professor Victor Steinbrueck. Visitors are always wowed by the wall of windows that open up the view across Lake Washington to the Cascades. 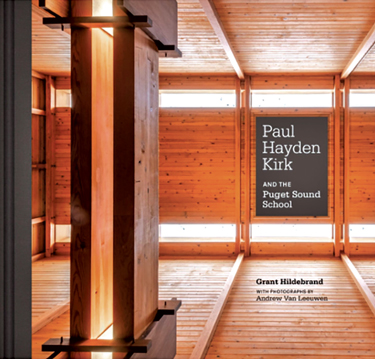 But Kirk’s renown came from his homes. In 1957, he won three of the four architecture awards conferred by House & Garden magazine. He was also lauded in Sunset and House Beautiful magazines. Today, there’s a solid fanbase for midcentury design, furniture and architecture, something The New York Times noted trending back in the late 1990s. Many credit the style’s longevity to its use of beautiful, quality materials and elegant lines. Hildebrand shows this, pairing his text with recent images by Andrew van Leeuwen, a Seattle architect and architectural photographer.

A number of great architects came through Kirk’s firm including Astra Zarina, ’53, winner of the Rome Prize and founder of the UW’s Rome program; David Hoedemaker, ’60, a leading Northwest architect known for championing for good design; and Ralph Anderson, ’51, a modernist and preservationist who revitalized Pioneer Square.

Finally, Paul Hayden Kirk, is having a heyday. Along with Hildebrand’s new book, there’s another by Dale Kutzera, ’87, titled “Paul Hayden Kirk and the Rise of Northwest Modern.”  Kutzera’s approach delivers more of Kirk’s family history, personal experiences and details from news stories as well historical photos and floor plans.

The time has come to give Kirk his due, says Hildebrand. He and the architects who learned from him elevated Northwest design, he adds. “They developed an architectural style of a quality unsurpassed by any other in the nation in its time.”

Pictured at top: Paul Hayden Kirk designed the Dowell House in 1953 to work with the landscape. While it had lost some of its original midcentury character over the years, the Seward Park home was recently restored by UW alum Tom Kundig.