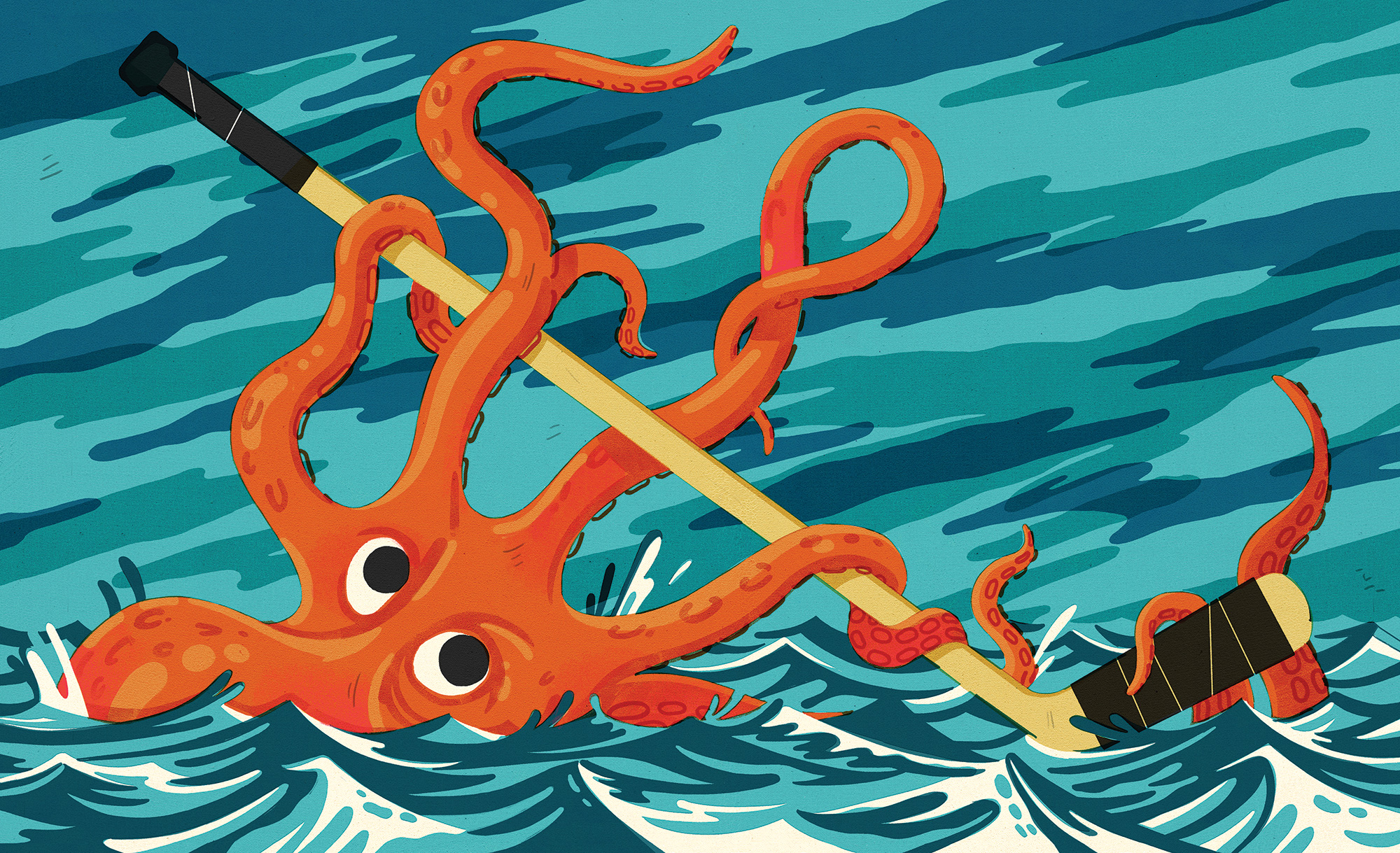 Seattle finally has its own NHL team,
and the UW has its tentacles all over it.

The first United States hockey team to win a Stanley Cup championship was … the Seattle Metropolitans.

That’s right, a team from Seattle. That was in 1917, when the Metropolitans routed the Montreal Canadiens in four games in the finals. Interestingly, neither team was part of the National Hockey League back then (it didn’t exist). The league based in Canada was called the National Hockey Association while the Metropolitans played in the Pacific Coast Hockey Association. The 1917 finals were the last championship series that did not feature an NHL team.

The Metropolitans “overcame the strongest teams on both coasts and they overcame themselves,” Kevin Ticen, ’99, wrote in his excellent book, “When It Mattered Most: The Forgotten Story of America’s First Stanley Cup, and the War to End All Wars.” “As the first American team to claim the Stanley Cup, they not only achieved greatness, they achieved immortality.” 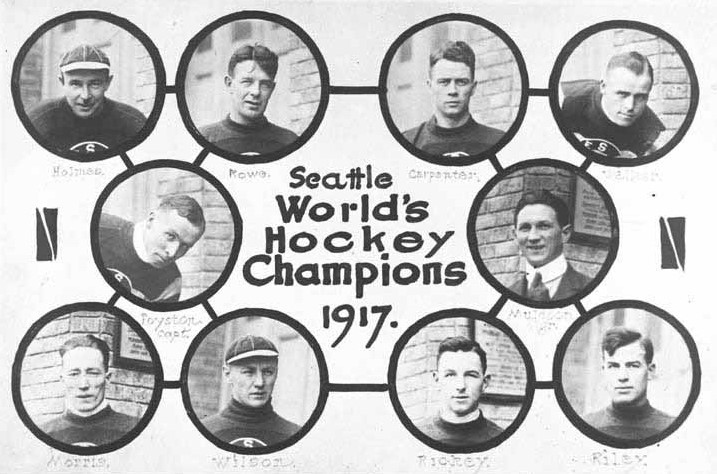 The Metropolitans also faced the Canadiens in the 1919 Stanley Cup finals, but the series was canceled after five games because several Montreal players suffered from the Spanish Flu, which was far worse than COVID-19; approximately 50 million people worldwide died of it. No champion was crowned that year. The Metropolitans made the Stanley Cup finals again in 1920 but lost to the Ottawa Senators. Unfortunately, that success did not mean the team’s future was sustainable. The Metropolitans folded after the 1924 season, and the arena where they played in downtown Seattle no longer exists.

There has never been an NHL team in Seattle—until now. Thanks in large part to David Bonderman, ’63, the Seattle Kraken is scheduled to make its debut as an NHL expansion team this coming fall in Climate Pledge Arena, the completely renovated KeyArena. Bonderman, a billionaire businessman, is the majority owner of the team. 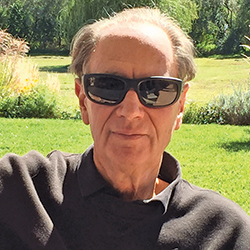 As a University of Washington student, Bonderman majored in Russian language and graduated Phi Beta Kappa from the College of Arts & Sciences in 1963. He later earned a law degree from Harvard. He is particularly fond of his time at UW.  “I had a good time. And I have had contacts and friends in Seattle ever since,” Bonderman says.

Bonderman, who is 78, grew up in Los Angeles and now lives in Fort Worth, Texas. A founding partner of global investment firm TPG, he also is a minority owner of the NBA’s Boston Celtics and has served on the boards of some premier corporations, from Continental Airlines to The Wilderness Society and The Rock and Roll Hall of Fame. Bonderman also served on the UW Foundation Board and created the UW’s Bonderman Travel Fellowships in 1995. These awards give eight undergraduate students and eight graduate students the opportunity to travel the world independently each year. To date, more than 280 students have experienced these once-in-a-lifetime global journeys. He also does charity work in Africa, focused on anti-poaching efforts.

Interestingly, Bonderman wasn’t a big hockey fan as a kid. “I grew up in Los Angeles, and there were no teams” in the area, he says. “So, I was not a hockey fan. But my favorite sport now is hockey.” 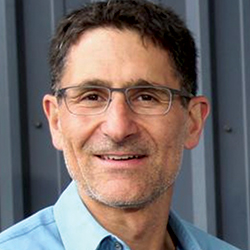 Another owner of the Kraken is 77-year-old Jerry Bruckheimer, a movie and TV producer who graduated from another Pac-12 school—the University of Arizona. The president and CEO of the Kraken is Tod Leiweke, a name familiar to Seattle sports fans as the onetime CEO for the Seattle Seahawks and Sounders. The Kraken’s ownership and investor group has strong ties to UW. Adrian Hanauer, ’94, who earned a degree in history from the College of Arts & Sciences, is a minority owner and owns the Seattle Sounders of Major League Soccer. Hanauer recently told a reporter that “Seattle is a major market, but it definitely has a local feel that is different than New York or Los Angeles or Chicago or even Houston.” Jeff Wright, ’84, who has a degree in building construction from the College of Built Environments and is president and chairman of J. Wright Development, is an investor. Jeff’s brother David is also a minority owner in the team. 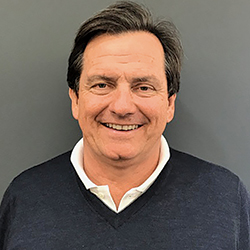 Seattle Mayor Jenny Durkan, ’85, who has a law degree from the UW, also played a role in the official proposal to the NHL in 2018. “We are thrilled to have an NHL team,” she says. “I think it is going to increase the culture of skating and hockey in the whole region.”

Moreover, two UW alums serve as senior executives for the Kraken. Eric Pettigrew, ’87, who earned his master’s from the School of Social Work, is vice-president for Governmental Relations & Outreach. He served as a Washington state representative in the 37th district for 18 years before joining the Kraken staff. “It was an incredible honor to represent the 37th legislative district,” he says. “I was able to help so many people for 18 years. My education at UW was key to my effectiveness as a legislator, and I am grateful.” 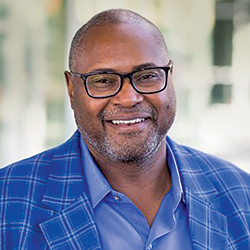 He also was a hockey fan as a kid. “I loved hockey growing up, although I have never played it,” he says. “I grew up in South Central L.A., about five miles from the Fabulous Forum, where the Los Angeles Kings played, and five miles from the L.A. Sports Arena, where the L.A. Sharks [of the short-lived World Hockey Association] played. I watched it on TV and went to games when I could.”

Mari Horita, ’94, a graduate of the UW Law School, serves as the Kraken’s vice-president for Community Engagement and Philanthropy. She joined the staff knowing little about hockey but a lot about community building, having served as the president of the local ArtsFund for seven years. 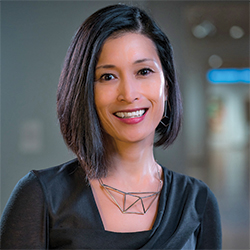 “My time at ArtsFund was an extraordinary opportunity to work with and on behalf of our region’s arts and cultural sector to build a more vibrant and inclusive community,” she says. But she is new to hockey. “It’s a steep learning curve, but fortunately I’m surrounded by tons of hockey knowledge,” she says. Horita is in charge of building out the team’s social impact and philanthropic objectives and strategy, as well as its community and civic engagement work. She also co-leads the team’s Diversity, Equity & Inclusion initiatives.

The longtime arena at Seattle Center has been home to the NBA’s SuperSonics, WNBA’s Storm, and Western Hockey League’s Thunderbirds, not to mention serving as one of Seattle’s most popular concert venues. It is undergoing a $1 billion remodel and has a new name, thanks to Amazon, which purchased the naming rights for Climate Pledge Arena. It is scheduled to open in the fall for the Kraken’s NHL debut. However, the COVID-19 pandemic could alter those plans. UW connections are all over the arena, as Amazon is a longtime supporter of the UW, and Alaska Airlines, another major UW backer, is the naming sponsor for the arena’s south atrium.

The name “Kraken”—the result of 18 months of research, consideration of more than 1,200 possible names and 215,000 fan votes—is based on mythic sea creatures that are said to haunt the Puget Sound. The logo is an “S” as a tribute to the aforementioned Seattle Metropolitans, with a single tentacle rising from the bottom to symbolize the “deep, dark waters of Puget Sound,” according to a team news release. As for the red “eye of the beast” near the top—well, you can thank Bonderman for that idea. 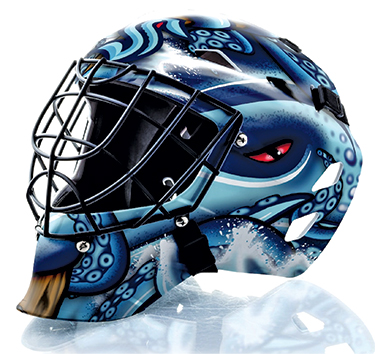 The Kraken’s look is already a winner with fans.

Although the team has yet to take the ice, sales of Kraken merchandise have been incredibly strong. And that is on top of the Kraken setting a league record for the fastest time to sell all of its season tickets. Everything sold out in a matter of hours.

Hockey has long had a place in Seattle’s heart. Two popular junior league hockey teams call Western Washington home: the Seattle Thunderbirds, which started in 1977, now play in Kent. The Everett Silvertips started in 2003 and have been one of the Western Hockey League’s biggest draws. In addition, the Pacific District U-19 and U-14 Championships also were held locally last March in Lynnwood (where the girls competed) and Tacoma (where the boys played). There also are several youth hockey teams in the area, and the UW has a strong club hockey team that plays in the American Collegiate Hockey Association. The Olympic View Arena in Mountlake Terrace is the rink the Husky hockey team calls home.

The area is hungry for hockey, says Paul Kim, owner of the Seattle Metropolitans’ logo. “I grew up playing youth hockey here. There were two groups when I was playing and now they have [about] 10. It’s exploding. I definitely think it is growing and once [an NHL] team comes here, I think it will grow exponentially really quick.”

The excitement is not just around having a new team here. Says Bonderman: “Our plan is to someday win the Stanley Cup.” 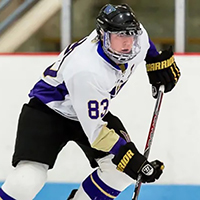 Ex-Husky scores as an agent, author

Ryan Minkoff, ’15, became the first student-athlete from the Husky club hockey team to make it to the professional hockey ranks when he signed with a Finnish minor league team. He returned with a new career as an agent and enough stories to fill a book. Read more from UW Magazine.