There’s another chapter to write about ‘the Ave.’ 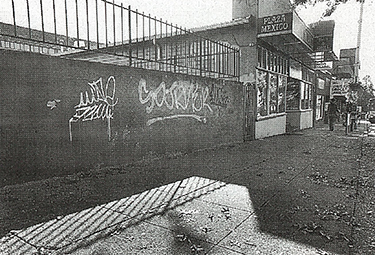 “The Ave.” has fallen on hard times. Photo by Jon Marmor.

In the 15 years that I have lived and worked in the “U” District, I’ve seen some sad changes to what was once Seattle’s second main street—the Ave. Nordstrom Place Two closed across from the University Book Store. The friendly Carter’s Deli was replaced by a plastic McDonalds. “Dollar” stores and arcades took the place of boutiques and bookstores.

The hardest blow personally was the closure of University Heights School, where my daughter attended kindergarten. I still remember the last day of school. The building emptied out, everyone joined hands to circle the structure and we gave it one last hug. School district number-crunchers had decided the old building was too expensive to maintain. They forgot to factor in the economic blow to the district. It’s been pretty much downhill ever since.

Over the years, the relationship between the neighborhood and the University hasn’t always been cordial. But as the Ave. deteriorates, both sides are finally waking up to one important fact—they are more allies than enemies.

The stunning success of the UW’s UPASS program has defused neighborhood anger over traffic and parking. This spring, the UW architecture department devoted an intense design competition to U District solutions. Earlier this year two UW-related projects looked particularly promising: renting the old JC Penney Building for UW Extension and starting a UW-affiliated retirement center. Both projects were sidetracked recently, but other cooperative efforts may come.

Alumni have known the Ave. in the best and worst of times. Our cover story by Associate Editor Jon Marmor lays it all out in black and white. But there is still one more chapter to write. It will either be a colorful piece on the recovery of a Seattle treasure, or its final obituary.