Huskies in our hearts

On a tragic anniversary in UW history, editor Jon Marmor pays tribute to the 17 Huskies who lost their lives on 9/11 and 9/12. 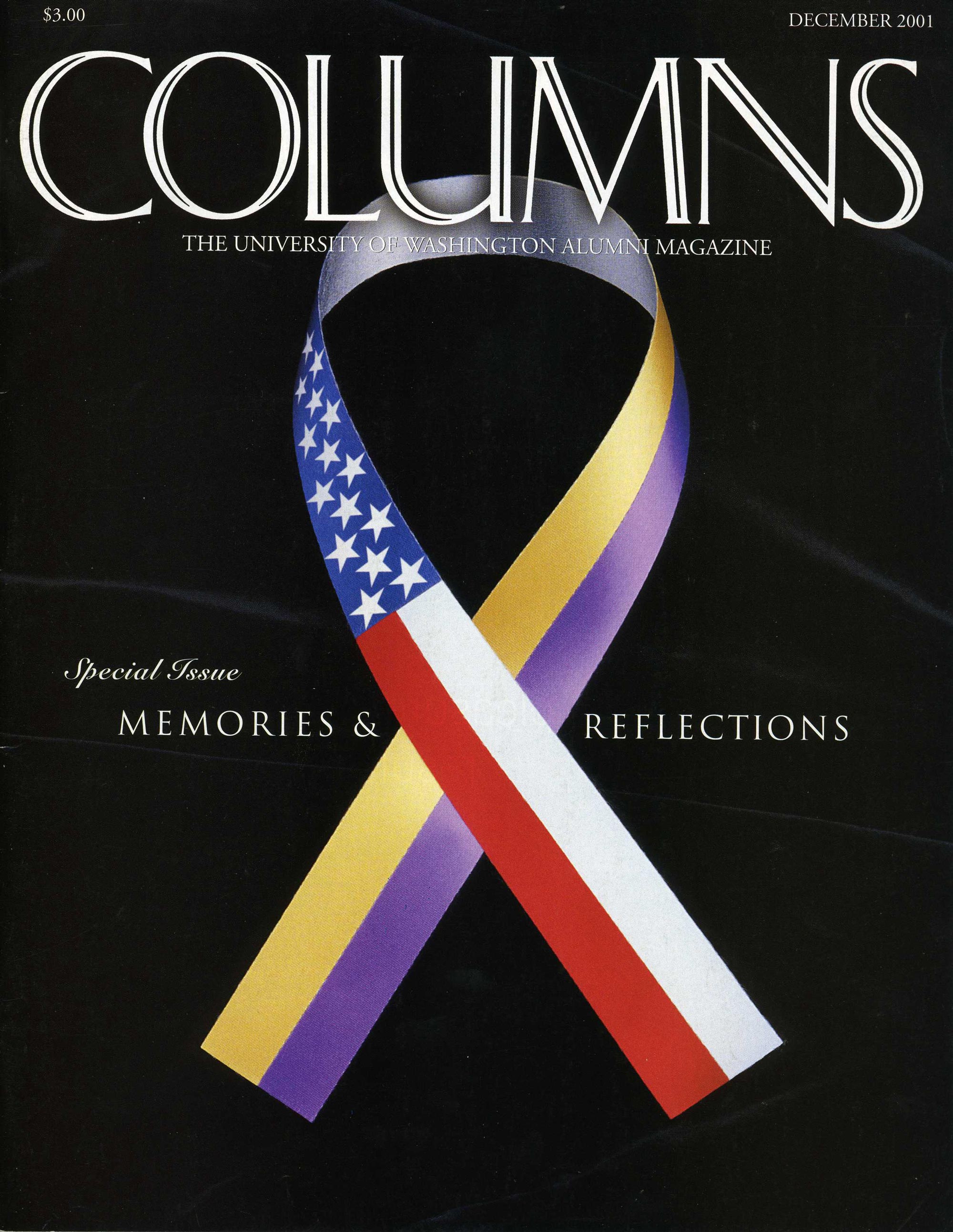 The cover of the December 2001 edition of Columns featured a memorial ribbon designed by art director Ken Shafer.

Two incredibly sad anniversaries are at hand, the kinds of dates that make your heart pound and make you choke up – 9/11 and 9/12. On those horrific back-to-back days 21 years ago, 17 Huskies lost their lives. And we want to let them know we keep them close in our hearts.

On 9/11, Army Sgt. Maj. Larry Strickland was at work in the Pentagon when he was killed as American Airlines 77 crashed into America’s military headquarters. He was the only Husky to die that awful day.

While we were still reeling the next morning, word of the crash of a sightseeing plane in Mexico that killed 16 Husky alumni and football fans. They were part of a contingent of 1,200 fans of the purple-and-gold who were taking a cruise from the West Coast to Miami, where they held tickets to the long-awaited showdown between Washington and the Miami Hurricanes in the Orange Bowl.

We take a moment to honor the memories of our fallen Huskies.

From our September 2021 issue: Two alumni who escaped the horror or Ground Zero bravely share their stories of trauma and hope.

The agony of September 12

In our September 2019 issue, editor Jon Marmor reflects on the lives lost on 9/12/2001, the day a sightseeing plane full of Husky football fans crashed in Mexico.

Just weeks after the events of September 11, voices from the UW community gave their perspectives.

Minoru Yamasaki, ’34, was the man who designed the Towers

The UW alumnus who designed the World Trade Center explained his designs in his autobiography.

Universities are a ‘power for good,’ president says in annual address

In a speech covered in the December 2001 issue of Columns, UW President Richard L. McCormick insisted on optimism in the face of public tragedy.

Twenty one years ago, Jon Marmor covered the tragic airplane crash that took the lives of 16 Huskies.

Amid tragedy, a ribbon of hope

Then-editor Tom Griffin explained the air on campus following 9/11. He and Jon Marmor put together a special issue of Columns in December 2001, commemorating victims of the 9/11 and 9/12 accidents and turning to the University of Washington for hope.